Alan Clark, educated at Eton and Oxford, read for the Bar but did not practise. Tory MP for Plymouth Sutton 1972-1992; Kensington and Chelsea, 1997-99. Various junior ministerial appointments in the Margaret Thatcher and John Major governments of the 1980s. Best-known for his Diaries (three volumes) which The Times placed in the Samuel Pepys class. They were filmed by the BBC with John Hurt as Clark and Jenny Agutter as Jane Clark. Alan Clark died in 1999. 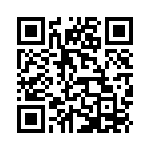