David R. Smock is vice president of the Institute's Center for Mediation and Conflict Resolution and associate vice president of the Religion and Peacemaking program, one of the Centers of Innovation. Previously he served as director of the USIP's Grant program and coordinator of Africa activities.He has worked on African issues for over thirty years and lived in Africa for eleven years. As a staff member of the Ford Foundation from 1964 to 1980, he served in Ghana, Kenya, Lebanon, Nigeria, and New York.From 1980 to 1986, Smock served concurrently as director of the South African Education Program, a scholarship program that brings black South African students to U.S. universities, and vice president for program development and research for the Institute of International Education. After serving as executive associate to the president of the United Church of Christ from 1986 to 1989, Smock became executive director of International Voluntary Services, supervising development projects in Africa, Asia, and Latin America.He is editor of Interfaith Dialogue and Peacebuilding, Making War and Waging Peace: Foreign Intervention in Africa, and co-editor of African Conflict Resolution: The U.S. Role in Peacemaking. He received a Ph.D. in anthropology from Cornell University and holds an M.Div. from New York Theological Seminary.

Chester A. Crocker is the James R. Schlesinger Professor of Strategic Studies at Georgetown University where his teaching and research focus on conflict management and regional security issues. He served as chairman of the board of the United States Institute of Peace (1992-2004), and continues as a member of its board. From 1981-1989, he was U.S. assistant secretary of state for African affairs. As such, he was the principal diplomatic architect and mediator in the prolonged negotiations among Angola, Cuba, and South Africa that led to Namibia's transition to independence, and to the withdrawal of Cuban forces from Angola. Dr. Crocker served as a staff officer at the National Security Council (1970-72) where he worked on Middle East, Indian Ocean, and African issues and director of African studies at the Center for Strategic and International Studies (1976-80). He serves on the boards Universal Corporation, Inc., a leading independent trading company in tobacco and agricultural products; Good Governance Group Ltd, a business intelligence advisory service; and Bell Pottinger USA, a communications and public relations firm. Dr. Crocker is a founding member of the Global Leadership Foundation, the Africa-based Housing for HIV Foundation and member of the Independent Advisory Board of the World Bank. Dr. Crocker is the author of High Noon in Southern Africa: Making Peace in a Rough Neighborhood (1993), co-author (with Fen Osler Hampson and Pamela Aall) of Taming Intractable Conflicts: Mediation in the Hardest Cases (2004), and coeditor of Leashing the Dogs of War: Conflict Management in a Divided World (2007), Grasping the Nettle: Analyzing Cases of Intractable Conflict (2005); Turbulent Peace: The Challenges of Managing International Conflict (2001); and Herding Cats: Multiparty Mediation in a Complex World (1999). 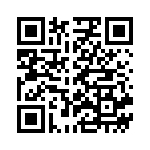