This book is subtitled "A History of Protest Songs from Billie Holiday to Green Day" and Lynskey pretty much achieves that goal in a bit more than 500 pages. Perhaps not totally comprehensive--there's ... Vollständige Rezension lesen

Dorian Lynskey is a music writer for the Guardian. He was the Big Issue's music critic for three years and has freelanced for a host of titles, including Q, Word, Spin, Empire, Blender and the Observer. He is the author of The Guardian Book of Playlists (2008), a collection of his popular Readers Recommend columns for the Guardian. 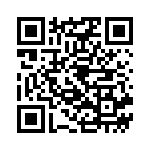